RIKON’s history is a story of evolution and its origins begin in 2003, when the School of Business at South East Technological University had the vision of helping small and medium sized companies become more competitive within the Tourism industry by establishing a business innovation research centre that could provide real value to companies. The Centre was named the Tourism Research Group (TRG) and it began offering business development, market analysis, management & staff development, service design, marketing and branding expertise to the industry.

Almost immediately senior faculty researchers within TRG were very successful in securing national and international research funding through the National Tourism Authority, Fáilte Ireland and through ERDF under the Interreg IIIA Community Initiative Programme 2000-2006. This was a major move forward for the research centre. Indeed, there was a substantial expansion of researchers and research activity within the group. In this period, the reputation of the group both on a national and international level began to increase significantly due to core researchers in the Centre prolifically publishing in a wide variety of books, refereed journals and leading international conferences. Moreover, because TRG were extensively interacting with industry, companies were increasingly requesting assistance with business issues that they were facing.

By the end of 2006, TRG was no longer exclusively a tourism group. While tourism remained a significant proportion of research activity, the research centre had evolved and was now engaged in significant research partnerships and contracts with the industry agencies and with firms of all sizes and from numerous industry sectors including: Retail, IT, Financial, Food and Beverage, Healthcare, Manufacturing, Pharmaceutical and Service Providers to name a few. Moreover, the capabilities within the centre had expanded significantly to incorporate lean, business model innovation, and technology optimisation.

To reflect the research and industry shift of the Centre, TRG was rebranded and renamed RIKON. The idea of an applied research centre where both academics and professional business developers collaborate to deliver real tangible benefits to industry began to be recognised as a unique selling proposition. Indeed, the emphasis and the ability to link its university-based researchers and its business developers with the business sector and organisations, as well as local and national government authorities made it different from other research centres and this was appreciated by the industry.

From those humble beginnings, RIKON has grown to over 40 researchers, publishing top tier journals, worked with over 1000 companies and is an international research centre of innovation in Business Technology Management. 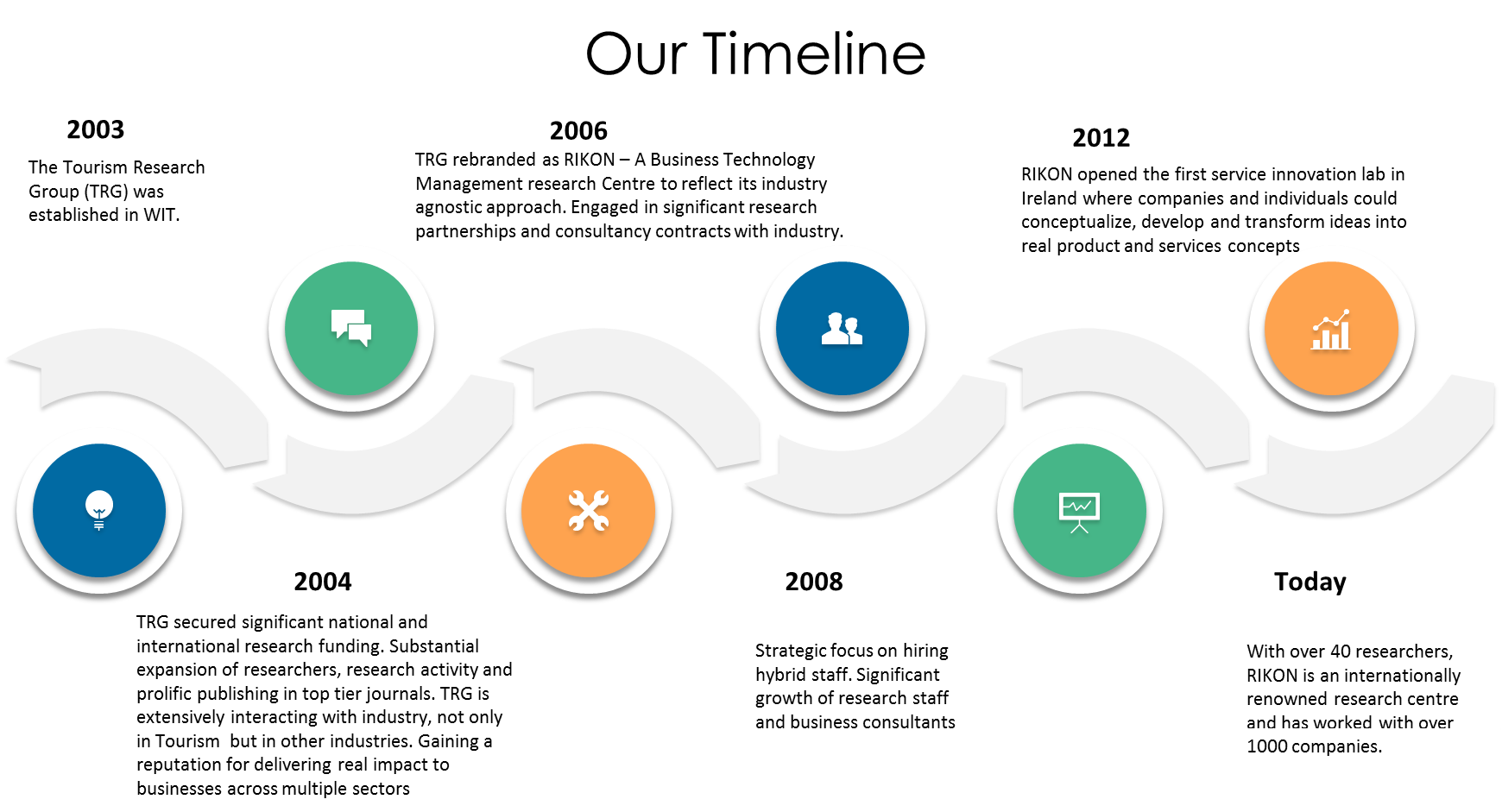 Our team: different works together